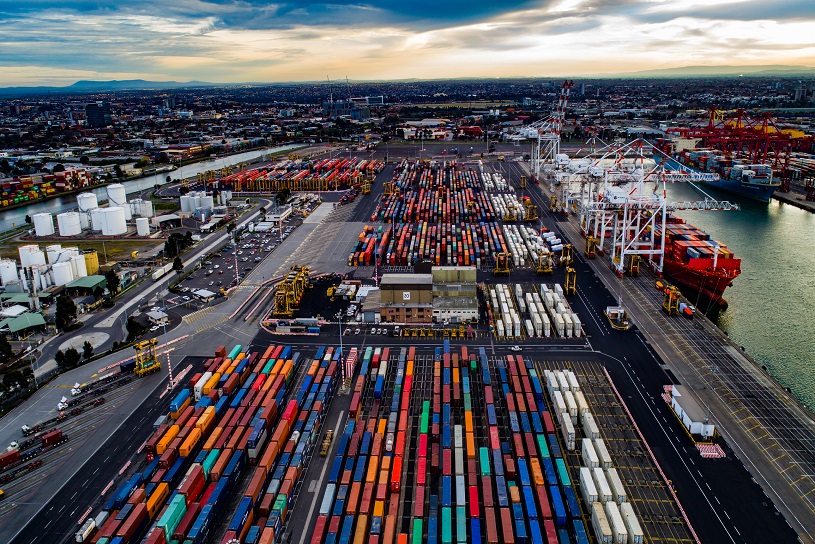 The Port of Melbourne is Australia’s largest container and general cargo port and a key conduit for the goods that Victorians use every day. Contributing $6 billion annually to the state economy, it forms a key link in the agricultural supply chain and is the nation’s busiest port. As a result of this, the Port of Melbourne is more reliant on road transport than any commercial port in the country, with approximately 1.3 million containers being moved by road to and from the port every year. In comparison, Sydney’s Port Botany, which handles a similar volume of freight to Melbourne, moves only around 800,000 containers by road and its remainder are transported by rail.

As you can imagine, this places a toll on Melbourne’s road infrastructure, with trucks competing with other city traffic and, in some cases, relying on travelling through residential areas. In fact, container movements generate nearly 20 percent of the 40,000 daily truck movements in inner Melbourne. As a result, the Victorian government and the Port of Melbourne Operations are investing in the On-Dock Rail Project as an alternative method of transport for trucks transporting goods to and from the port.

The Federal Government has invested $18.3 million and the Victorian Government $9.7 million in the project, with the work being delivered by the Level Crossing Removal Project as part of the $1 billion Cranbourne Line Upgrade. The new tracks will eliminate the need to break trains into smaller lengths in the port’s Dynon precinct prior to entering the port, while a new track linking Swanson and Appleton docks will be important for the Victorian Government’s plans for a Port-Rail Shuttle.

Minister for Ports and Freight Melissa Horne said the project will increase the competitiveness of Victorian industry.

“The Port of Melbourne is a vital part of our multi-billion dollar export sector and agriculture supply chain and on-dock rail will make its operations more efficient for Victorian exporters – removing congestion at the port gate,” she said in a statement.

“This is a massive win for both motorists and industry, as we continue to reduce congestion and make it easier and cheaper for businesses to use rail freight… Putting containers on rail will reduce truck movements around the port gate and cut the cost of the last mile, which disproportionately impacts rail freight customers.

“We are backing this vital freight connection to unlock private sector investment and economic growth into the long-term.”

The new On-Dock rail connection is part of the broader Port Rail Shuttle Network strategy, which aims to improve rail freight across Victoria, including the upgrading of automated signalling, improvements to the regional rail freight network, new interstate rail terminals, and to move more containers in metropolitan Melbourne by rail. The latter is intended to cut transport costs for freight by as much as 10 percent, as well as reduce truck trips on the suburban Melbourne roads.

Government investment in infrastructure projects such as these has become even more important in the wake of the pandemic, and the State and Federal Governments have made it clear that supporting these major projects is at the centrepiece of its plan for Australia’s economic recovery.

In October 2020, the government announced a $110 billion transport infrastructure program and $3.5 billion rolling water infrastructure fund as part of its Economic Recovery Plan to support local jobs and businesses, and rebuild the country’s economy.

These investments aim to deliver on the economic plan for a stronger and more resilient Australia, boosting the economy, providing water security for regional and rural Australia and meet the national freight challenge. This will not only see additional funding in the Budget for projects and initiatives, but is intended to support over 30,000 direct and indirect jobs over the life of the projects.